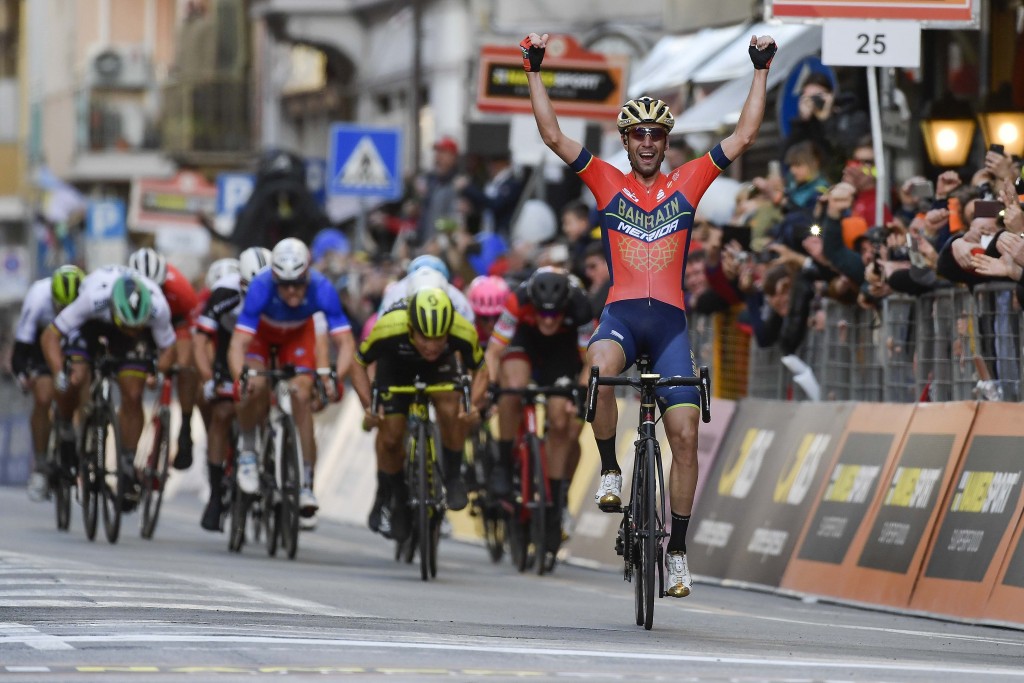 The Italian rider Vincenzo Nibali (Bahrain – Merida) has won the 109th edition of Milano-Sanremo Namedsport, the first Classic Monument of the season. On the finish line in Via Roma he finished in front of Caleb Ewan (Mitchelton – Scott) and Arnaud Demare (Groupama FDJ).

Speaking seconds after the stage finish, Nibali said: “I have to thank the team, who rode perfectly. I was able to hide in the group with Colbrelli, keeping an eye out and staying out of the wind. I attacked, but when my DS told me I had a 20 second lead, I was surprised and I knew I just had to ride. When I looked over my shoulder and saw the sprinters could not catch me, it was a good moment for me, but it is too early to say if it is the best win of my career.“