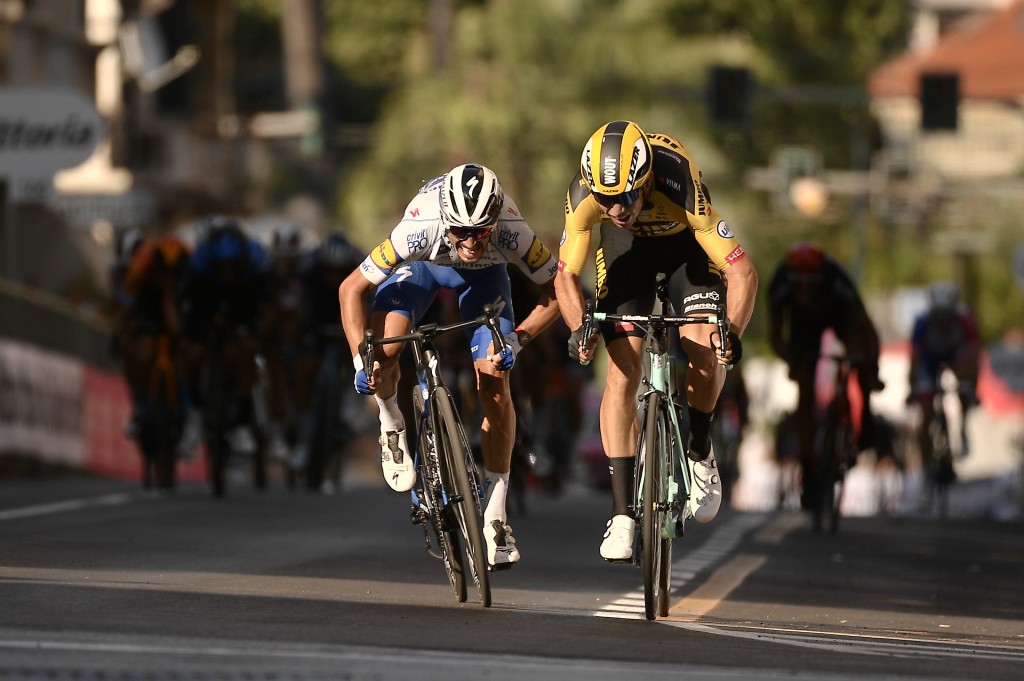 The Belgian rider Wout van Aert (Team Jumbo – Visma) has won the 111th edition of Milano-Sanremo presented by Vittoria, the first Classic Monument of the season. On the finish line in Via Roma he finished ahead of Julian Alaphilippe (Deceuninck – Quick-Step) and Michael Matthews (Team Sunweb).

Speaking seconds after the stage finish, Wout van Aert said: “It’s unbelievable to win Milano-Sanremo after Strade Bianche. On the Poggio, I was at the limit. Alaphilippe attacked earlier than I expected and I couldn’t hold his wheel so I had to go and chase him down. He played it very well. Luckily I just had enough power left to beat him on the line. It’s a beautiful restart of the season for me.”